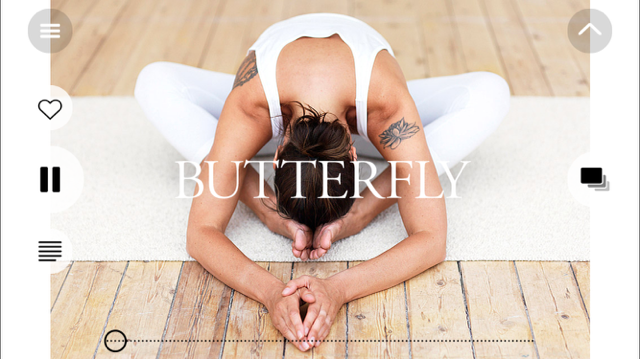 A common (and effective) ”Master Suppression Technique”  is to spread false rumors. Such a rumor in the so-called yoga world is that a particular yoga style would be dangerous, causing many people to hurt themselves if they perform ”this” yoga. The reason for these comments may be due to jealousy, ignorance or simply a kind of sensational happiness. How accurate is this statement?

Many may remember my article ”Is Yin yoga Dangerous?” (https://www.yin-yoga.se/en/2016/03/31/is-yin-yoga-dangerous/) a couple of years ago. Now I’ve heard the same rumors again that Yin yoga would be harmful, mostly because of “the short TTC:s people participate in” and the old (completely wrong) statement that Yin yoga is ”aggressive stretching without alignment” (read how to perform Yin yoga here https://www.yin-yoga.se/en/yin-yoga/ ). In Yin yoga we perform so called passive stretch to our tissues. We avoid pulling and fighting. We relax. We release.
Many of the so-called ”yoga injuries” occur in more dynamic forms of yoga and not in Yin yoga.  It is not because these yoga styles are more “dangerous”, but they are quick, energetic and sometimes force movements. Also it could be you as the student that is forced into positions that your body is not ready for, or simply because you are not listening to your own body and its limits.
Again, it’s not what you do or what yoga you are practicing.  It’s how you do it.

What is an Ashtanga Injury?
I’ve heard many call their injuries “ashtanga injuries” for example.
Believe me, over the 17 years I’ve been practicing ashtanga yoga, I’ve hurt myself several times in the beginning. Did I put the blame on ashtanga yoga?
Why did I have to get into handstand  after reading an inspiring text about ashtanga in ”Guruji” (a book about Phattabi Jois, the fonder of this yoga style), and hit my head with a neck injury as a result? Why did I force myself into the challenging position of “kapotasana” and get a back injury? The worst situation of all was when an ambitious, enthusiastic, young teacher pulled my legs behind my neck (he really wanted m to do it) and it resulted in my clavicle dislocation, which then created inflammation of the thyroid gland and Grave’s Disease.  It has taken me years to recover from this single, critical mistake.
Was it ashtanga’s fault? No. Was it the teachers fault – well, both yes of course, and no, not entirely. At that time, almost 13 years ago, I had enough common sense to actually know better, know that I should learn to practice this wonderful yoga in a gentle, kind and loving way with a gentle teacher. From then on I looked for teachers who were softer, more intelligent and wiser (like Maria Boox, Laruga Glaser, Kristina Karitinou and Petri Räisänen).
To be honest, I might have had Grave’s Disease even if I had not done ashtanga. Just like someone with a sneaky knee or back injury goes to a yoga class and the injury comes out during the class. Is it then fair to blame the yoga?

The majority of the participants in our TTC:s are already established yoga teachers who want to learn more about Yin yoga and how to teach it. Some are medical doctors, chiropractors, physiotherapists, healthcare professionals, massage therapists or the like who already have solid knowledge about the body. Some people do it entirely for their own sake, without any ambition to teach.  Others, I call them the ”mortal” people, just want to do some Yin yoga during a lunch break in the office with their colleagues. And thats fine!
As a matter of fact, I (and many with me) claim Yin yoga to belong to the more safe, soft and least risky yoga styles for the body. This is confirmed by many chiropractors, physiotherapists and other physical therapists, who have tried this yoga and even provide certain positions as “homework” to their patients. This is mainly due to the long held positions, that we have time to feel our limits, our bodies and minds.
Always ask anyone who is “criticizing” Yin yoga or other yoga styles how much they themselves have done it, so that you are sure they know what they are talking about.

But most importantly – Yin yoga is practiced by people who may never have gone or will go to a yoga class with a real life teacher.
There are about 30,000 Yin yoga App users in Sweden, and as many users of my book (both the book and apps name is Serenity Yin yoga).  They practice this yoga to my instructions in the app or book at home, in their bedrooms, living rooms, on the dock, and in the garden. They rest, relax and they enjoy how their bodies and minds open. It is fantastic!
Yin yoga is for all people with no exclusions.  So far, we have not received a single comment telling us about health problems related to Yin yoga.  We have received hundreds of reviews to the contrary on Swedish Bokus and Adlibris (and 13 on Amazon!), and a hundreds more on the App Store and Google play, testifying to how much help people get from Yin yoga. (if you wont see any reviews on App Store its due to their rules that there have to be at least 10 review from each English speaking country for them to show the reviews!, so please write a review, thank you!).
Most users obviously don’t need a yoga teacher to perform this simple and easy yoga. They are doing very well on their own. So, keep calm and safely practice Yin yoga. Also continue with all other types of yoga and remember: It’s not the particular yoga style, but how you do your yoga, that is important.
And if someone comes up with the words “dangerous yoga”, “people are getting hurt”,  remember to ask them in detail:
• ”Who told you that? Where did it happen? To whom? When?” – Go to the source! Question!
Then you will become aware if it is a false ”Master Suppression Technique”, or that in fact someone has been hurt. And if so, was it really the yoga or maybe something completely different?

With a (most harmless) hug,